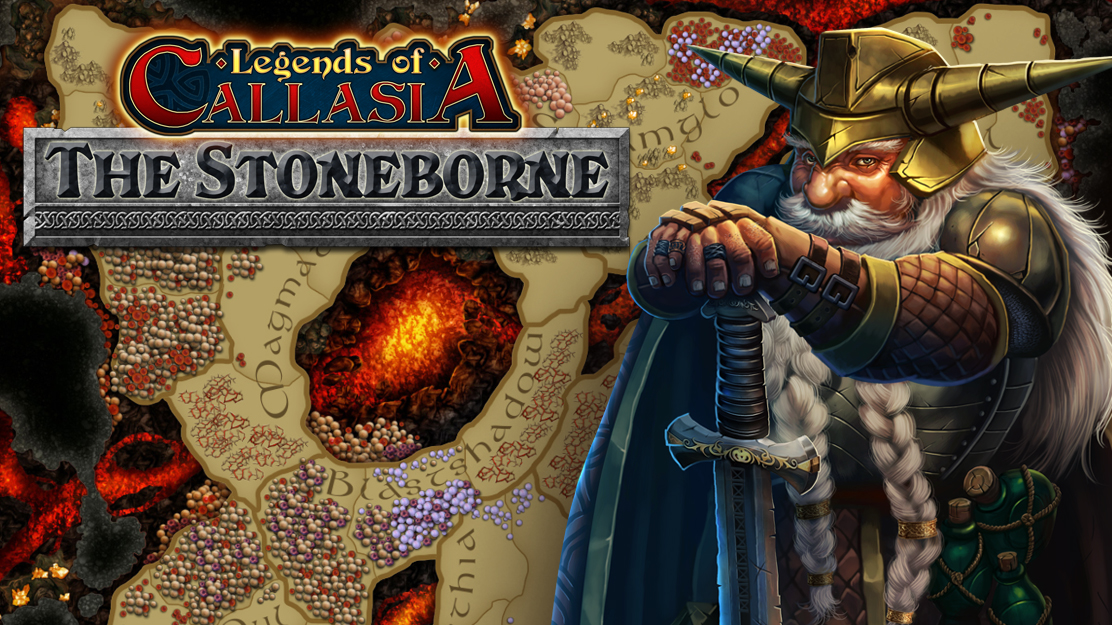 If you have an iPad, you can download the game for free and log in using the same account from the Steam version and carry over your game progress. Join us in welcoming our new players during our 24-hour livestream on Twitch (twitch.tv/legendsofcallasia).

We are also launching a rank-based tournament in partnership with XSplit, where we are giving away prizes such as cash, Xsplit licenses, and copies of the full game and upcoming DLC to the top players. The leaderboard will be reset and the tournament begins today until October 9. Users on PC, Mac, and iOS can all join!

Meanwhile, the Legends of Callasia Art Challenge is still ongoing! Some players have already posted their initial sketches, but you can still submit your first WIPs on our Discord server by September 23, and the final artworks on October 7.

Full mechanics of both competitions are posted here: http://legends.boomzap.com/contests/

For comments and suggestions, drop by our Discord server (discord.me/legendsofcallasia) and watch our livestreams on Twitch (twitch.tv/legendsofcallasia)! You can also email us at legends@boomzap.com or contact us through the in-game Feedback button.


Comments Off on Legends of Callasia iOS launches today!

September 8, 2016, Singapore – Following its Steam release and a successfully-funded Kickstarter campaign for an expansion pack, Boomzap Entertainment’s fantasy-themed strategy game Legends of Callasia launches on the global App Store for the iPad, allowing for cross-platform multiplayer gameplay. A leaderboard-based tournament also begins in partnership with XSplit.

Inspired by classic turn-based strategy games like Civilization, Heroes of Might & Magic, and Risk, Legends of Callasia adds an original simultaneous gameplay mechanic that keeps games moving quickly, even in multiplayer mode while adding deep strategy elements. Easy to pick up and learn, the game has a classic tabletop feel, allowing players to build and control heroes and armies, build castles and cities, and control territories and kingdoms.

As part of the launch, Boomzap is holding a tournament for those who play in ranked multiplayer mode. Players who reach certain ranks or points in the leaderboard when it ends after a month will win prizes. Meanwhile, a fanart contest is also ongoing.

Plans for an expansion pack adding a new playable faction and other additional content have been announced through the Kickstarter for Legends of Callasia: The Stoneborne. The project is already successfully funded, and the DLC will be released soon.

Download Legends of Callasia from the App Store or on Steam for PC and Mac at $14.99 USD. Pay once in any of these stores and you can get the game on all platforms. A demo version with unlimited multiplayer playtime can be downloaded for free. An Android version is also in development. More details available at legends.boomzap.com.

Save 40% on Legends of Callasia as part of Steam’s Summer Sale! Offer ends July 4th, 10AM Pacific Time.

The full game is now in the Premium section on Steam as a DLC, which means you can now also gift copies of the game for your friends. We initially launched as Free to Play, with a single optional unlock payment to play across all platforms (Steam, as well as the upcoming Mobile platforms). Feedback from our users indicate that while people love the game, many are confused/troubled by its inclusion in the Free to Play store. We’ve heard our users and spent the last few weeks rewriting our user management system (no need to register emails anymore) and moving over the game to the right category.

For players who have already purchased the game through the Free to Play store, your account with the game is still completely valid, and your game should work fine. However, since it was unlocked as a Free to Play game, it may still be listed in your Steam library as a “demo” – which we realize may trouble some people. As such, we’re also sending a Steam Key to everyone who bought the game. Using that will change your game to “Premium” listing in your library.

As always, you can install the game here: http://store.steampowered.com/app/438920

For feedback, suggestions, and other concerns, feel free to get in touch at legends@boomzap.com.

Thank you and hope you enjoy!