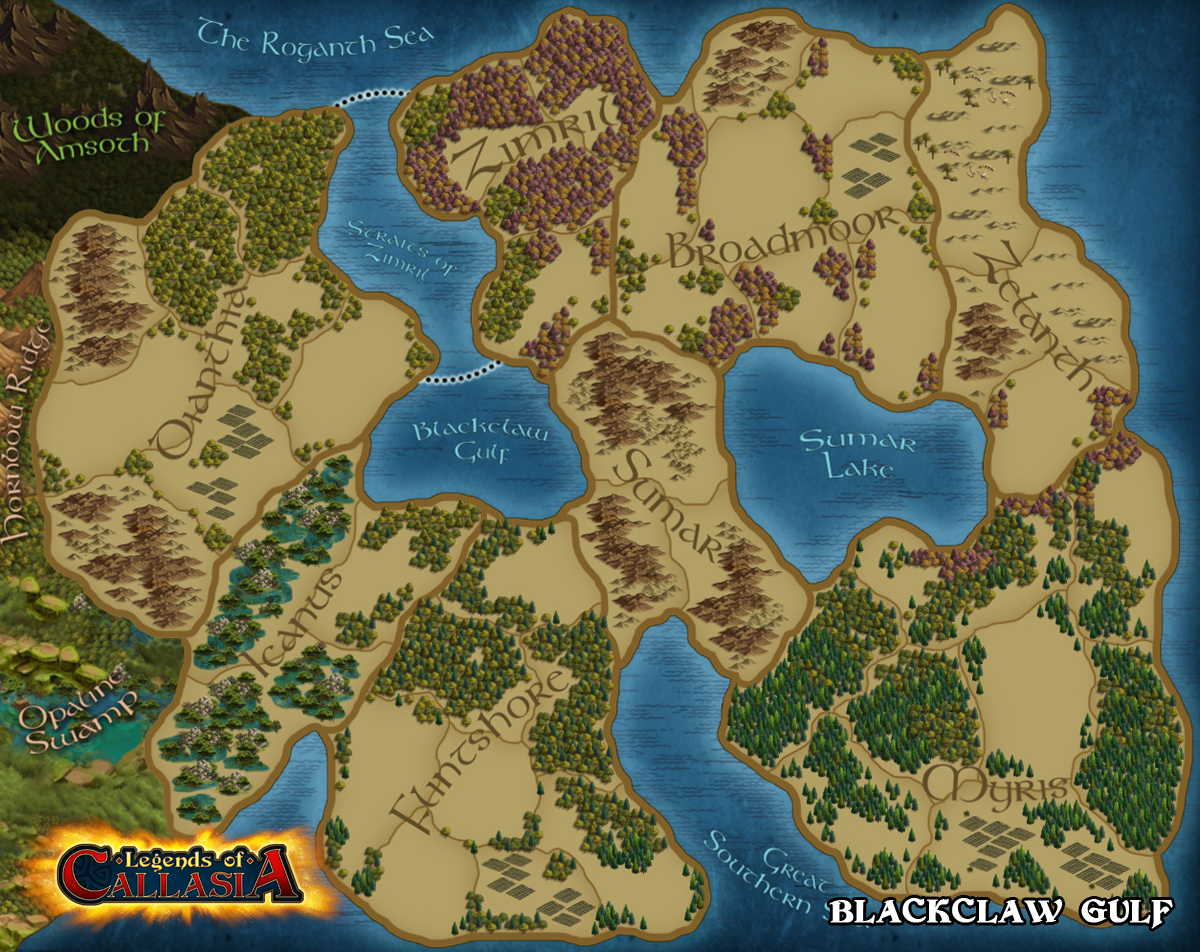 On the distant Eastern reaches of Alyssia, the narrow broken lands of Sumar separate the Lake of Sumar from the briny Blackclaw Gulf, famed for the massive black crabs that form the basis of the local diet. Blackclaw Gulf serves as the key waterway through the local Kingdoms, and as such has a long and bitter past, one that has lined her black-pebbled shores with the wrecks of generations.